Looking for the Milanese China Town? Then go to Paolo Sarpi! 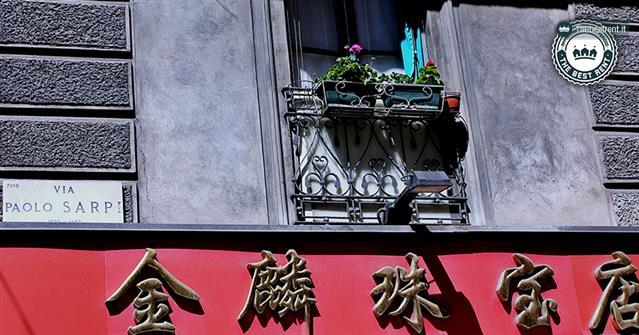 Definitely smaller and less crowed than the one of New York or London, the Milanese Chinatown is a place not to be missed. The first Chinese settlement in Milan dates back to the early ‘900 and it was partly eased by the presence of the tenements that allowed houses and working places to be joined together. The first Chinese immigrants worked silk and were concerned mainly with the sale of tiles. During World War II, the silk production was combined with the production of military equipments for Italian and German troops. From World War II to the nineties, Chinese people became specialized in different kind of productions, especially clothes and foods: even today, Paolo Sarpi is full of stores selling clothes and food with unintelligible labels. At least for us Western people.

But how much is the Chinese community integrated in Milan? Certainly less ghettoized than in other cities, it did not have any problems of integration until the end of the 90s, when an infinite number of wholesale shops began to populate Paolo Sarpi. People from Milan, in fact, do not run counter to the Chinese community for racial issues, but rather for purely commercial reasons. Proud of their highly fashionable products, the Milanese felt colonized by the increasing number of wholesale dealers who broke the existing balance with comings and goings of vans, pickup trunks and trolleys. This is why Milan previous mayor, Letizia Moratti, had them moved in some suburban areas of the city, letting the diatribe drop.

A final curiosity. Just recently the City of Milan has compiled a list of the most common surnames in the city: in the first 100 positions, next to the typical Ambrosian names like Colombo, Ferrari, Brambilla and Fumagalli, there are 3694 Hu, 1625 Chen and 1439 Zhou!