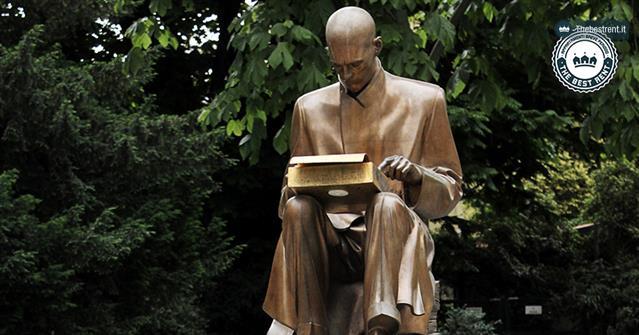 Once upon a time, there was an old man, always dressed up elegantly, who used to wander along the Gardens of Porta Venezia boulevards from dawn until sunset. He was considered the Gardens’ keeper and it was impossible to mix him up with somebody else: baritone voice, big mustache and a bowler hat were his tokens. He used to bring his puppets with him, like the monkey Gaston, cherished by every child. His name was Luciano and he was always there, in the park, exchanging a sweet word with the passengers or giving a laugh away for free. A couple of years ago Luciano died and with him a bit of the Gardens magic faded away. But, don’t worry, they still have incredible attractions worth of note.

One among the others, extremely loved by children, is the Civic Museum of Natural History. The visit begins with a long area dedicated to minerals: probably a bit boring for the majority of the visitors (chemists excluded), it paves the way to the most spectacular part of the museum, the one dedicated to animals. When we were kids, we used to spend entire afternoons in here, feeling enchanted and amused. Now, things have not changed: we are still amazed by the 20-meters-long skeleton of the whale or by the flying reptile pteraodonte hanging from the ceiling.

Another must-seen is the Civic Planetarium: it is the largest in Italy and it shows, with great realism and suggestion, the appearance of the starred sky and all the astronomical phenomena of the past, the present and the future.

At the other side of the park, on the entrance next to Piazza Cavour, you will see the statue of Indro Montanelli depicting the journalist while writing on his Letter 21. Finally, take note that the park has also a gloomy side: have a walk till the dog area and try to track down the two corners adorned with dingy rocks and dreary portrays… a scenario worth any Poe’s novel!
In short, Porta Venezia Gardens are something more than a simple park: they are a real place of cultural interest.