Royal Palace and Museo del 900: two Milanese marvels next to the Duomo 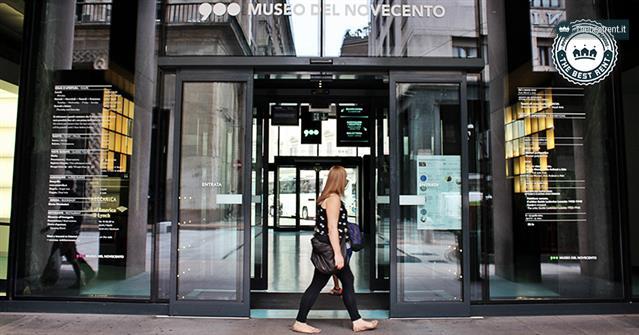 Next to the cathedral there is a square where at weekends it is literally impossible to walk, where long queues materialize under the billboards advertising exhibitions and where the voices of the guides are mixed with foreigner dialects. We are talking about the small square in front of the Palazzo Reale, which no longer hosts dukes and duchesses but temporary exhibitions instead.

Milan had three Broletti. The term broletto originally meant the fenced area where the town meetings were held and later it became a synonym for the Town Hall. The Royal Palace was the first of these three Broletti … continue to browse the tabs of this cultural district to find out the other twos!

The Palace competed with the Castle in the contest of Best Royal Residence. It was the first building with a Court Theatre, which was unfortunately destroyed in a fire, and was subject to endless revisions, changes and embellishments according to the taste of the different eras. In particular, the last restoration is due to Maria Teresa of Austria and her favorite architect Giuseppe Piermarini, who remodeled the Palace in a neoclassical style.

On the Royal Palace right side there is one of the museums most recently built in Milan, the Museo del 900. Its organizers stated that they built it with the purpose of “spreading the knowledge of thetwentieth century art to generate plurality of visions and critical thinking abilities.” The museum houses more than four hundred works of art and welcomes its visitors with probably the most famous one, Pelliza da Volpedo’s Fourth Estate: it is literally impossible to look away from this gigantic masterpiece, from which the characters portrayed seem to come out. Boccioni, De Chirico, Fontana and Modigliani’s art pieces are a must as well!

The second floor is perfect for all of you who, after a couple of paintings, begin to puff bored (although we assure you that in this museum is really hard to get bored): on this floor, in fact, that are funny installations with which it is possible to interact. An example? A room-maze with psychedelic lights.