Piazza Vetra: between mysteries and tragedies 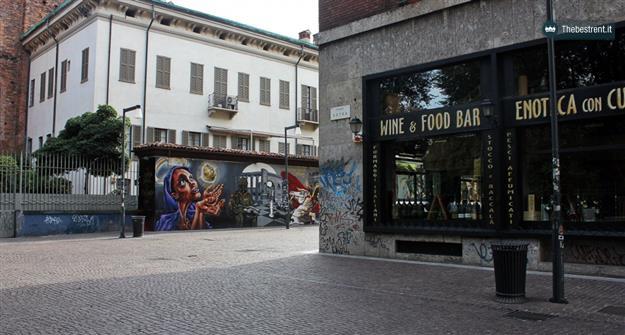 A square where the old lady dressed in black with a scythe in her hand seems to have settled. A square, in short, full of sad and deadly anecdotes.

First of all, the name vetra is that of a part of the river Seveso, that once flowed here, and whose waters were used by tanners since the Middle Age. The leather processing techniques were very dangerous and the dirt and fumes could cause deadly infections even to the most resistant workers. The square became famous particularly because it was one of the places where witches were burnt at the stake.

One of the most touching stories that saw Piazza Vetra as its scenario is that of Caterina Medici, lover of Captain Vacallo, who, as expected, had no intention of marrying her. Caterina decided to rely on black magic and turned to a witch who gave her three nodes of love to put under her lover’s bed. Discovered, she was locked up in an asylum. A few years later, freed from her prison, she found a job with Senator Ludovico Melzi. The poor girl was extremely unlucky: soon after she was hired, the senator died of an unknown disease. Caterina was accused of witchcraft and burned alive in the square.

Another story, also with a sad ending, is the one told by Manzoni in its Promessi Sposi and starring Guglielmo Piazza and Gian Giacomo Mora, both accused of being plague spreaders. After countless tortures, Piazza confessed his alleged crimes and denounced Mora as an accomplice. After being burned alive, Mora’s home was burnt down and in its place a column was erected, called “infamous” to remember the fact.

Coming to the present day, it is necessary to mention that this square was the scene of the shootings that took place in front of the Istituto Cattaneo in the 70s and the smuggling of heroin in the 90s. Now, the area has been re-evaluated and the gardens cleaned and put in order, but you can still feel gloomy atmosphere. Go there and have a walk in the gardens or enjoy the view of the fresh made murales that tell the history of Milan though images of important historical figures!