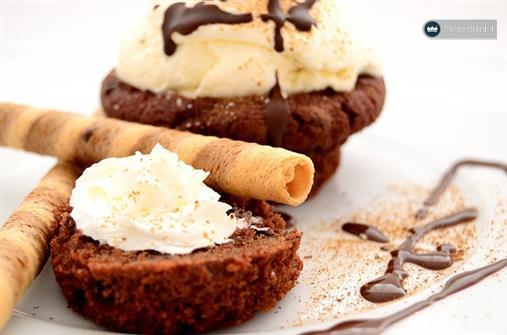 In the heart of the fashion district, there is an historical Milanese patisserie. Antonio Cova was one of Napoleon’s soldiers who, once the war and its cruelties were over, decided to indulge in the sweet side of life and opened a pastry shop next to La Scala. The Cova became soon a meeting point for the intellectuals of the time, who met to discuss and comment on poems, history and politics. And this chatting was done while sipping a good coffee and tasting a pastry.

Protagonist during the Five Days of Milan, the Pasticceria Cova was the place where the patriots gathered before going to fight: a coffee and a piece of cake before taking the guns up made the war seem less cruel… at least, if they were supposed to die, they would have had a sweet taste of chocolate in their mouths! During the Second World War, the pastry shop was destroyed by bomb attacks. Thus, the cafe moved to Via Montenapoleone, where it is still nowadays.

Instead of writers, politicians and revolutionaries, now at its tables you will see elegant couples with Hermes bags and young models in fur coats and high heels. The prices, of course, are quite high, but the atmosphere is that of the past, prestigious and charming.

We want to end this article with a piece of Hemingway’s Forty-Nine Stories, where the writer describes the pastry shop: “We ourselves all understood the Cova, where it was rich and warm and not too brightly lighted, and noisy and smoky at certain hours, and there were always girls at the tables and the illustrated papers on a rack on the wall. The girls at the Cova were very patriotic, and I found that the most patriotic people in Italy were the café girls – and I believe they are still patriotic.”