This time we have been stopped by an old men with a mustache and a flat cap who greets everyone with a nod and a wave of his hand. Probably he is just kind, but we like to think that he knows everyone around here. He has kind and melancholic eyes and it is with a hint of nostalgia that he tells us about his childhood in the neighborhood: “Everything was different… it was not even possible to imagine these skyscrapers and, instead of them, there were the tenements where the poorest families and the nearby factories’ workers lived”.

The old man was right: this neighborhood has in fact changed a lot and is still buzzing with novelties.: First of all, there was a time when the Garibaldi railway station was not there and goods were carried through the Navigli (the canals). The railway construction led to two major changes: it allowed the goods to be carried quicker and more easily, thus contributing to the makeover of Milan as an industrial city; it led to the slow but inexorable closing of the Navigli, which were no longer useful. We tried to put ourselves in the old man’s shoes and to imagine what he could possibly see once he looked up to the sky: thick smoke coming from the nearby factories and tenements with ropes hanging from a balcony to the other, where the acrobats of the circus families living in the nearby Varesine used to practice their moves. Now, looking up to the sky, he can see nothing but skyscrapers topped with illuminated spires and, tending his ears, he hears nothing but house music coming from the pubs. The old man leaves us with an anecdote, which we want to share with you: “Every Sunday afternoon, we used to gather around a table where polenta was poured with hot sauce in the middle. We were given spoons and everyone ate out from this dish-table, competing against each other to reach the sauce as quickly as possible… the more and the faster you ate the better, to put it in other words! Now, on Sundays you eat vegetable crudités dipped in some sour sauce…”. He glances at us with a perplex look and we cannot but regret with him the old, gone days of hot polenta and flying acrobats.

Print this pageEmail this to someoneAre you looking for an apartment in Milan? Have a look at The Best Rent offers 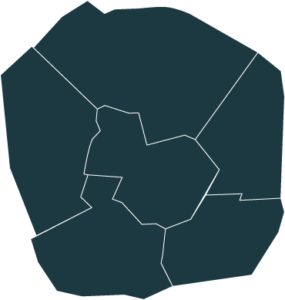