A former factory became a location for events and dj sets 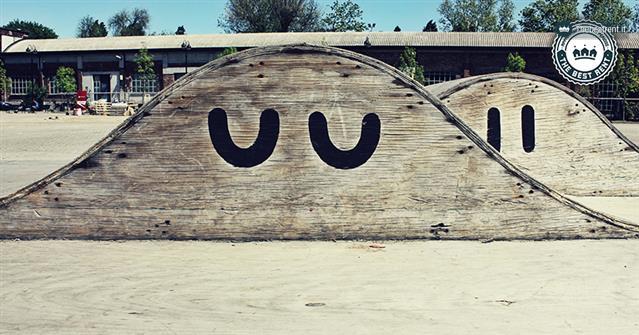 In 1899, next to the Monumentale, there was the Carminati, Toselli & co. firm which produced material for railways and tramways. The factory remained operational until 1935, when it was shut down and the buildings were abandoned to their fate. In 1985, Palazzo Marino decided to buy the space and soon a work of restyling was started: the aim was to give the city a space of cultural youth production, without destroying the architectural elements of the factory that were able to give a surrealistic-industrial look to the structure.

Step into the large courtyard keeping in mind the time when there were hard-earned workers intent in beating sheets of iron and lose yourself in the great outdoors surrounded by the wrought iron windows of the factory. During the nights, there are often DJ sets, while during the day there are exhibitions … take a look at the program and do not miss this treasure of Milan! Ah, the wave structure you see in the picture is part of the skate rink that is located on the left side of the factory and on which young boys practice their moves, perfect with their snap-backs and their boxers in plain sight under the baggy trousers.